When we last caught up with Merril Hoge, we talked about his upbringing, background, and received a thorough lesson on concussions/head trauma, cognitive baseline assessments, protocol, or lack thereof during his time in 80’s and 90’s pro football. We learned that it wasn’t the series of concussions he experienced that led to his early retirement, but instead, improper care. Being examined and cleared by a team doctor over the phone, 5 days removed from being concussed while still experiencing symptoms certainly constitutes a case of malpractice and negligence. Improper care led to a lawsuit and subsequent judgement against the Chicago Bears and their team doctor.

Dedicated to fitness, evolving in his knowledge of nutrition, and a member of the esteemed All-Madden Team, at age 29, we can only imagine how the rest of Hoge’s career could have played out.

One of the many takeaways from our conversation was learning that the leading cause of concussions was tripping and falling, and in your own home at that! A key takeaway was learning of the dietary guidelines in the 80’s that led to increased sugar and refined carbohydrate consumption and how it may have played a part in the rise of obesity, amongst other health issues, and could very well have put contact sport athletes in danger due to lack of essential fatty acids necessary for proper brain function.

In a recent follow up conversation with Hoge we discussed a recently discovered cache of internal documents that reveal the sugar industry downplayed the risks of sugar in the 1960’s, preceding dietary guidelines issued in 1977. The food industry has funded research in an effort to influence nutrition science and health policy for more than half a century. Industry-funded research sought to discredit links between sugar and heart disease. The sugar industry funded research that downplayed the risks of sugar while highlighting the hazards of fat, according to a published article in JAMA Internal Medicine. They quietly paid scientists to point blame at fat. Being published in a prominent journal can shape the overall scientific discussion (NPR).

Agenda and transparency aside, now and in hindsight, Hoge is of inflexible belief that “it’s always appropriate to question the validity of individual studies.” Raised in a rural milieu, Hoge used Roundup weedkiller regularly as intended and instructed. Roundup contains glyphosate, an herbicide categorized as carcinogenic by the International Agency for Research on Cancer. Hoge was diagnosed with non-Hodgkin’s lymphoma in 2003 and attributes exposure to Roundup as the cause. Lymphoma is not in his family history. He is one of thousands of plaintiffs who have filed lawsuits against the manufacturer due to incurring significant economic and non-economic damages due to exposure. Hoge underwent a rigorous series of chemotherapy treatments and is in remission but must live in fear of a potential return.

Considering the ordeals and repercussions of traumatic brain injury, lack of proper care, cancer diagnosis, treatment, the effects of chemotherapy and the possibility of a lymphoma return, to open heart surgery, how did he manage to keep his head above water and overcome such odds? He answers the complexity of it all in the books he’s written and goes into detail on his inspiring Find A Way mantra. He attributes his passions, diet, and hobbies to overcoming obstacles, powering his mind and body, and being the best version of himself. Things that give him purpose.

Hoge is a fitness aficionado. Influenced by comic book superhero physiques in his youth, he maintains a steady regimen of fitness, training, nutrition, and rest. He incorporates the natural benefits of CBD into his regimen for sleep, inflammation, and recovery.

Broadcasting - Hoge joined ESPN in 1995 as an analyst, sideline reporter, and regular contributor on a variety of programing including radio. His larger than life necktie knots became vogue.

Public Speaking – Through his motivational keynote presentation platform, Hoge connects and inspires audiences nationwide via his Find A Way philosophy.

Tech/Apps – A brain health advocate, Hoge is a special advisor for Sportgait, a cognitive tool to detect, track, prevent, and support individuals who suffered concussions. A resource for families, coaches, and medical care providers.

Along with his fitness regimen, Hoge maintains a strict diet consisting of 3 main nutrients, fat, fiber, protein and avoids foods high in sugar.

Hoge is an outdoorsman and dedicated to outdoor activities. He spends time at his Idaho cabin enjoying watersports and fishing. He loves to golf and devotes time to hunting a variety of wild animals. With either a bow or rifle in hand, he hunts white tail and mule deer, elk, and even bears. Perhaps a symbolic parallel to his career ending with the Chicago bears? We jest.

Hoge also hunts animals he refers to as nuisance animals, like wolves and coyotes. Pro Athletes Hemp Association is looking forward to pairing Hoge with veterans and disabled kids on our partnership wildlife hunts.

Hoge supports several charities. He’s a founding member of the Chuck Noll Foundation For Brain Research, supporting player safety and brain injury awareness. The Heads Up Football to advance player safety in football. He served as the board chairman of the Highmark Caring Foundation, which provides a place for grieving children and families, for 38 years. Hoge also hosts Celebrity Golf Classics, along with other athletes like former Steelers All-Star wide receiver, Hines Ward, to raise funds.

Pro Athletes Hemp Association partners with Merril Hoge by donating a portion of proceeds when customers use Merril33 to purchase our products online. 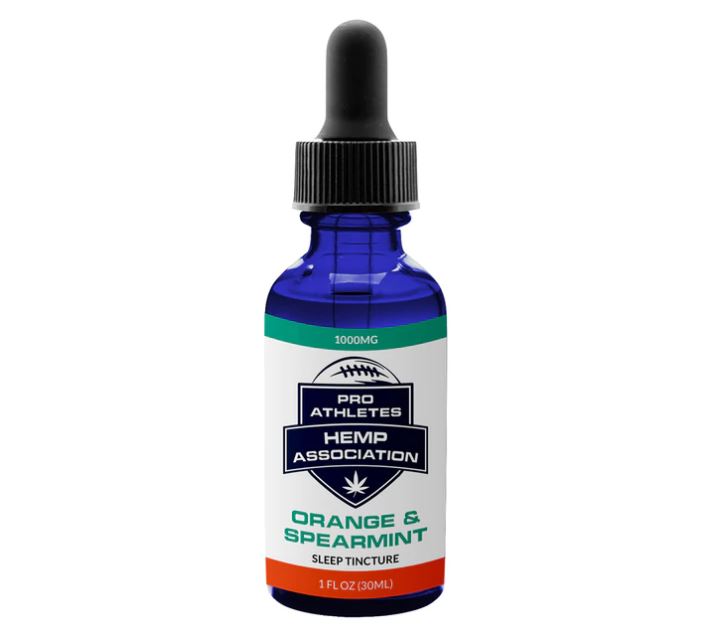