Ben Troupe's "uncommon" story is one shaped by his own experiences.

An ever-evolving journey has helped Ben reach far and wide and, critically, reach out to others along the way. A Swainsboro, Georgia-native who also calls Augusta home, Ben is a tireless advocate and volunteer, standing tall, at 6'5'', for all people in need. Ben believes in expanding perspectives through exposure. He lives his life with a "least among us" mentality, focusing on improvement for any and all. Ben's passion is people. His "uncommon" charge is to challenge young adults to fearlessly chase their full potential; not just to see the world, but to change it as well. Greatness, in whatever form it comes, is the goal.

"I am giving them what I needed." -- Ben Troupe

The UnCommon Cru Mission: Finding a way to get in the way!

What does that mean? The UnCommon Cru is creating a bridge for underserved high school boys to develop academically, professionally, personally, and culturally by providing them with culturally enriched exposure trips that include colleges and universities, fortune 500 companies, and other organizations. Furthermore, we will help them build their soft skills through professional development workshops and a myriad of team building activities. 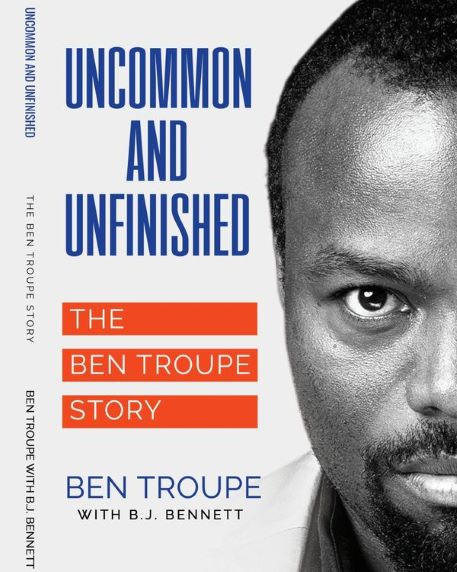 This book is worth the read and highly recommended. To get your copy visit https://bentroupe84.com/